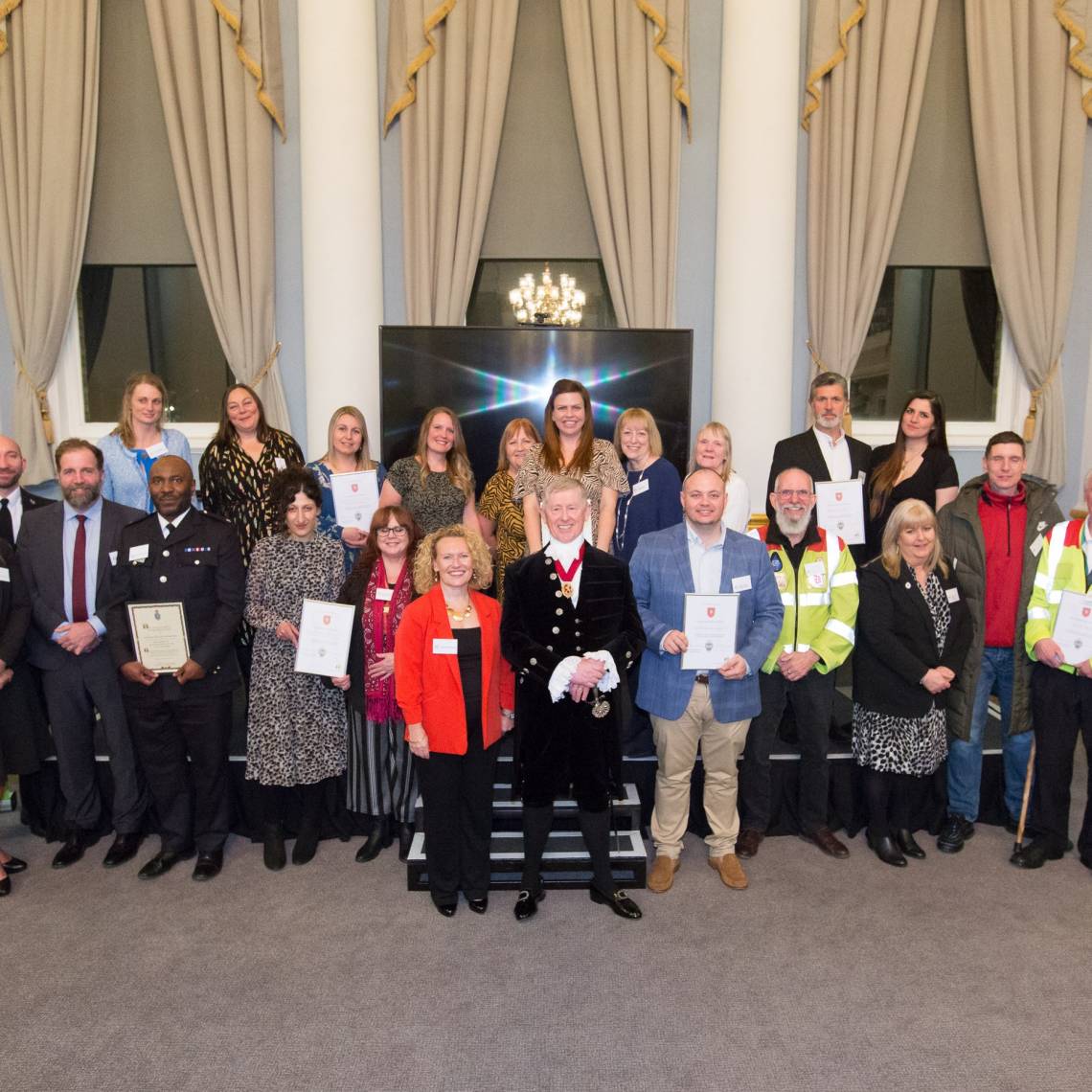 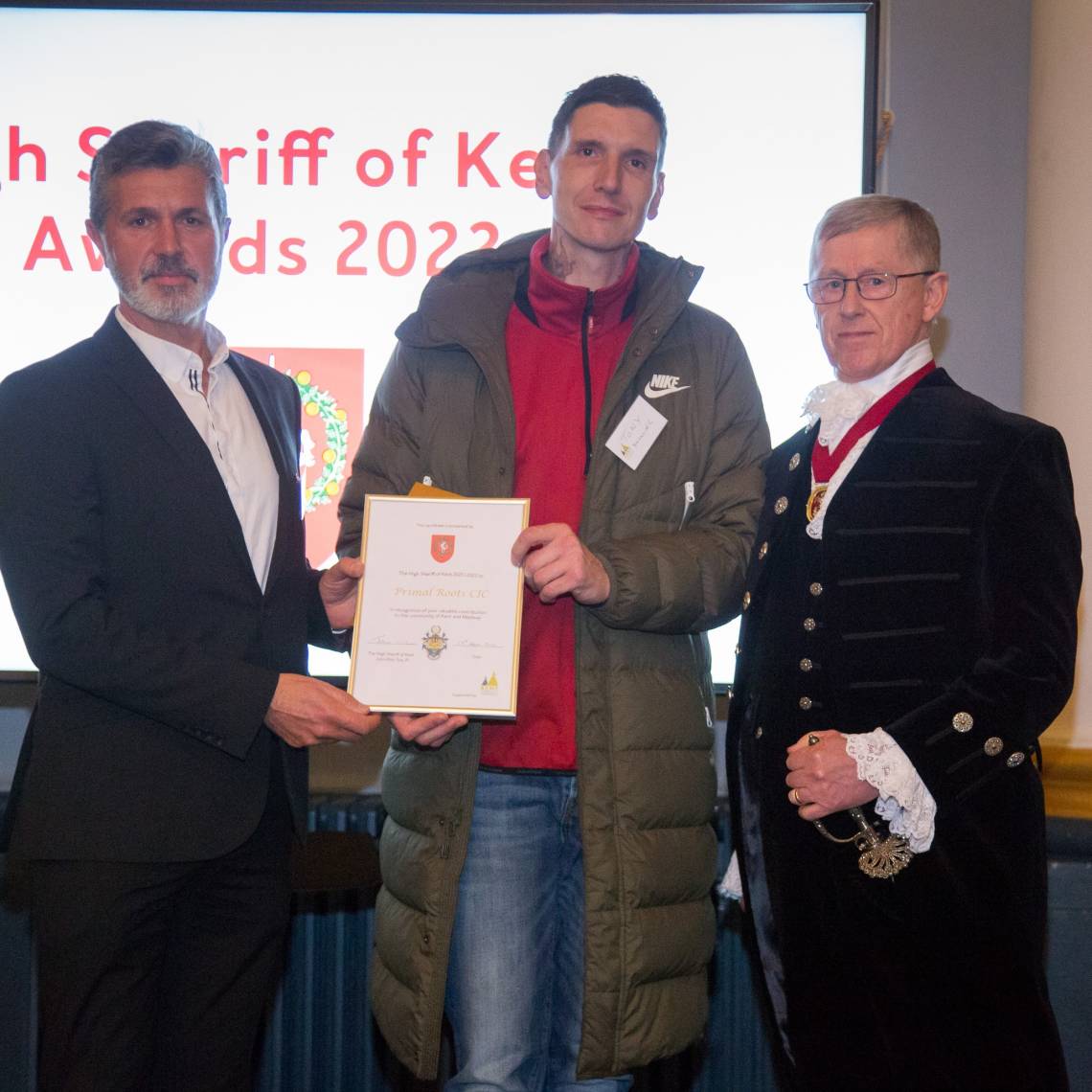 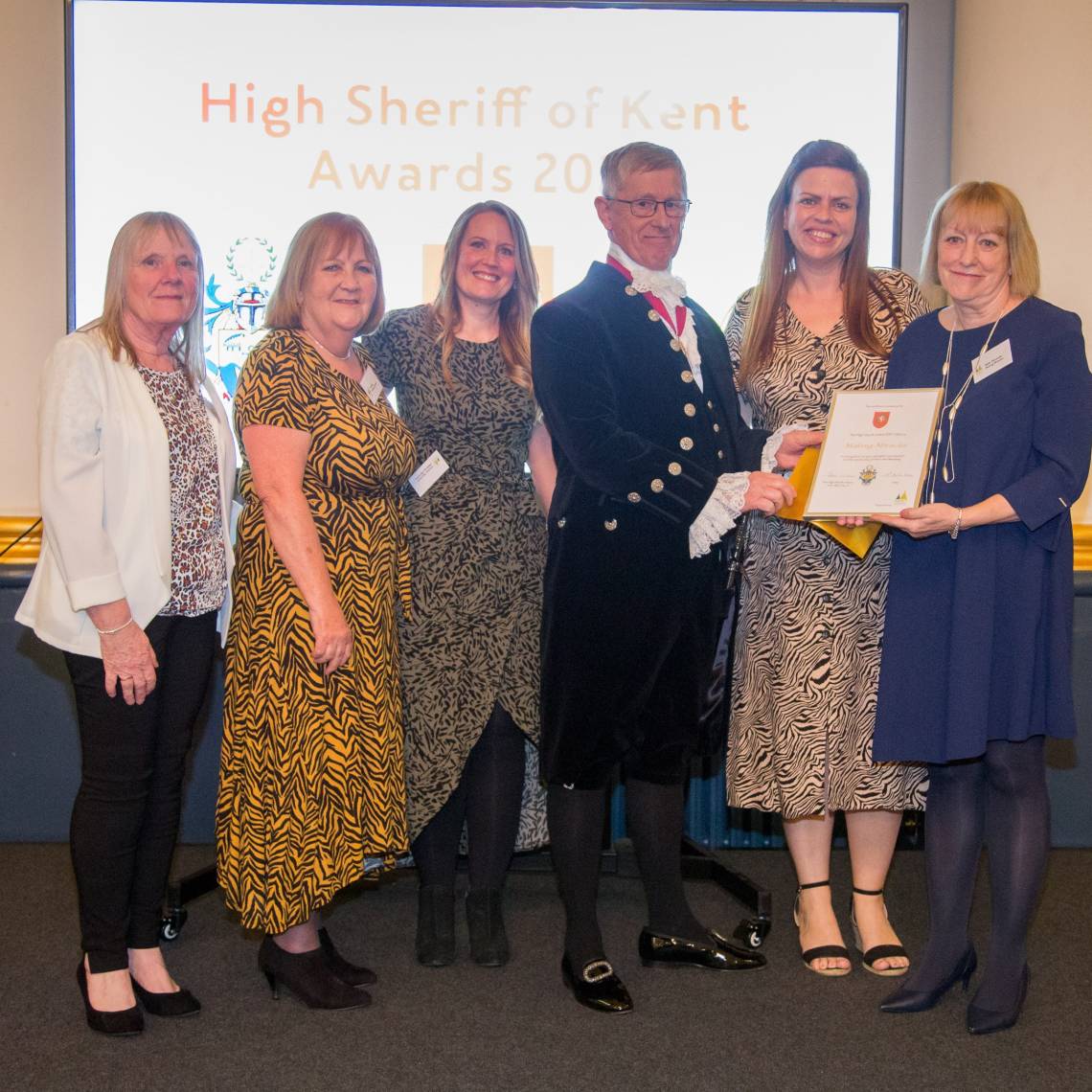 On 17 March the High Sheriff of Kent Awards were announced at a ceremony at the Corn Exchange in Rochester.

The annual High Sheriff Awards celebrate the charitable work of organisations who contribute their time and care to the most disadvantaged and vulnerable members of the community.

John Weir JP, The High Sheriff of Kent, said, “There are hundreds of grassroots charities and community groups doing amazing work across Kent and Medway so drawing up a short list and then selecting the winners was not an easy process. We met with the winning groups and were very impressed to hear about their work and how each one is supporting their community. The celebration was a huge success, and I am grateful for the support of the Kent Community Foundation team to assist with its planning.”

Representatives from Kent Police County Lines and Gangs Team also attended the evening to receive a special award for their work to combat the flow of drugs into Kent and to protect the young and vulnerable.

John Weir JP, The High Sheriff of Kent, said of the special award, “I am making a special award to The Kent Police County Lines and Gangs team in recognition of their efforts not only to combat the flow of drugs into Kent but also to protect the young and vulnerable who become ensnared by such gangs. Having spent time “on the ground” with these officers I have no doubt that this award gives them well deserved recognition.”

Primal Roots - Over the past five years Primal Roots has worked with over 400 participants experiencing addiction, homelessness, mental and physical health challenges, and people who’ve been caught up in a life of crime and the criminal justice system.

John Weir JP, High Sheriff, said, “Primal Roots was born in the main out of the personal life experience of Carl Adams with the aim of giving everyone, irrespective of background, an opportunity to ‘get fit’ in the great outdoors and give people a sense of responsibility for their own wellbeing.”

Olympia Boxing CIC - Founded on the back of the London 2012 Olympics, England Boxing Coaches engage communities across Kent in physical activity and create a pathway for people to get into the sport.

John Weir JP, High Sheriff, said, “I have followed Olympia Boxing for some time and could not be more impressed with the commitment of Wayne Smith and his colleagues to the sport of boxing and providing a real focus for many young people.”

John Weir JP, High Sheriff, said, “Beverly and I visited the Thanet Refuge very early on in my tenure. Because of my experience chairing criminal courts, I am only too aware of the desperate situation in which some women who have been subjected to abuse, find themselves. We were much impressed with the support that Loukia Michael and her colleagues can offer to those women seeking a safe environment.”

Growing for Good CIC (The Glasshouse) - Based in HMP East Sutton, the project aims to reduce reoffending through horticultural training and employment.

John Weir JP, High Sheriff, said, “Growing for Good CIC make a significant contribution to redressing the balance when it comes to breaking the cycle of reoffending when women are released from custody by providing opportunities to train and qualify in horticulture thus improving future employment opportunities.”

John Weir JP, High Sheriff, said, “Making Miracles provides invaluable support to bereaved parents. Chair, Sally Howells and Kelly Wells and their team have done so much to support families suffering the loss of an infant not only in the immediate aftermath but in providing ongoing support. It is without doubt one of the most difficult environments in which to provide support, but this charity does it with absolute compassion and commitment.”

John Weir JP, High Sheriff, said, “SERV Kent also known as ‘Blood Runners’ provide a remarkable service to the emergency services in Kent, particularly our hospitals and the Air Ambulance. This band of volunteers provide a genuine 24/7 service, without any costs whatsoever to the taxpayer.”

About the High Sheriff Awards

The annual High Sheriff Awards celebrate the charitable work of organisations who contribute their time and care to the most disadvantaged and vulnerable members of the community. In addition to the High Sheriff Awards another group is chosen each year to receive the Consort Award. The award winners receive a cheque for £500. Each year The High Sheriff works closely with Kent Community Foundation who have facilitated the awards since 2013. 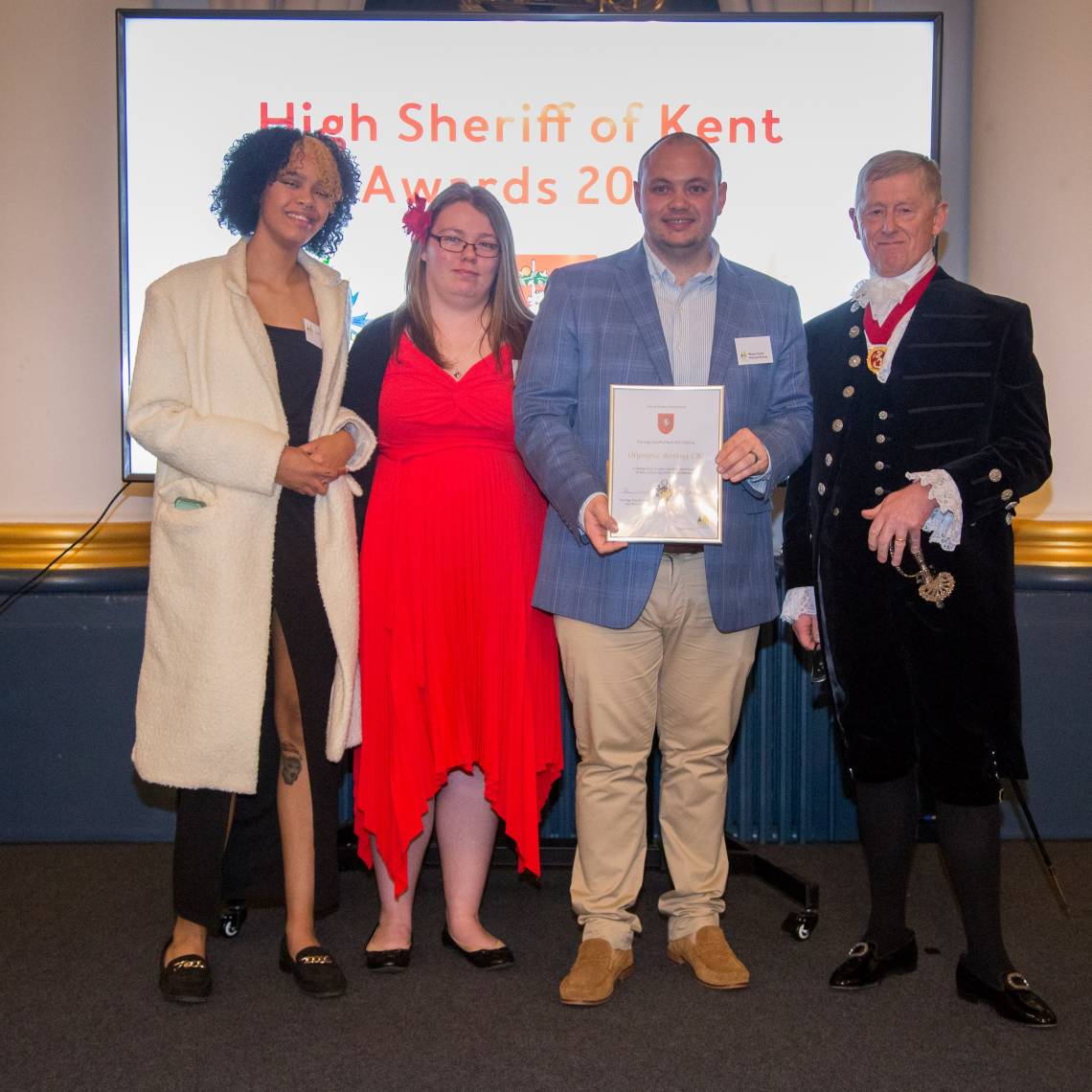 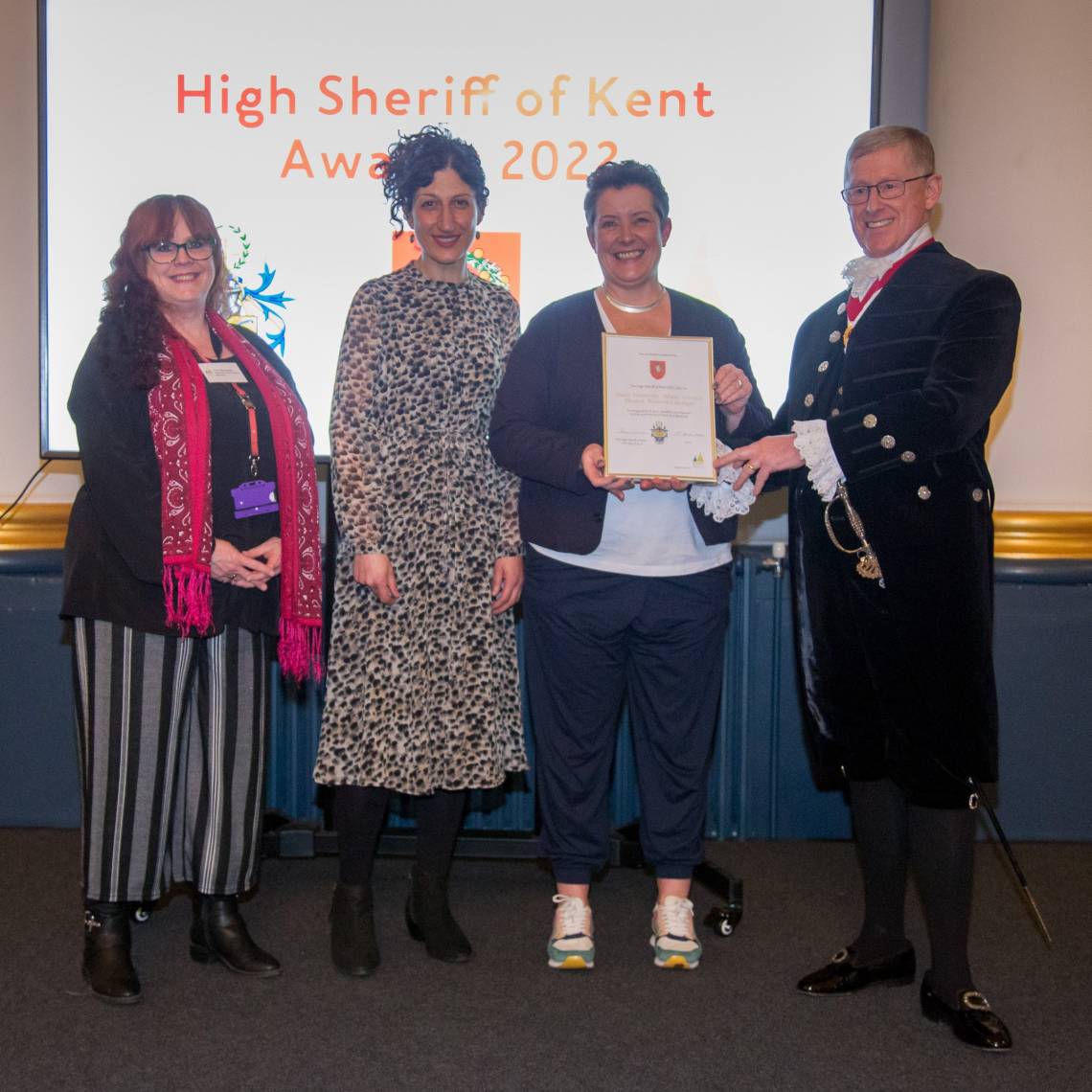 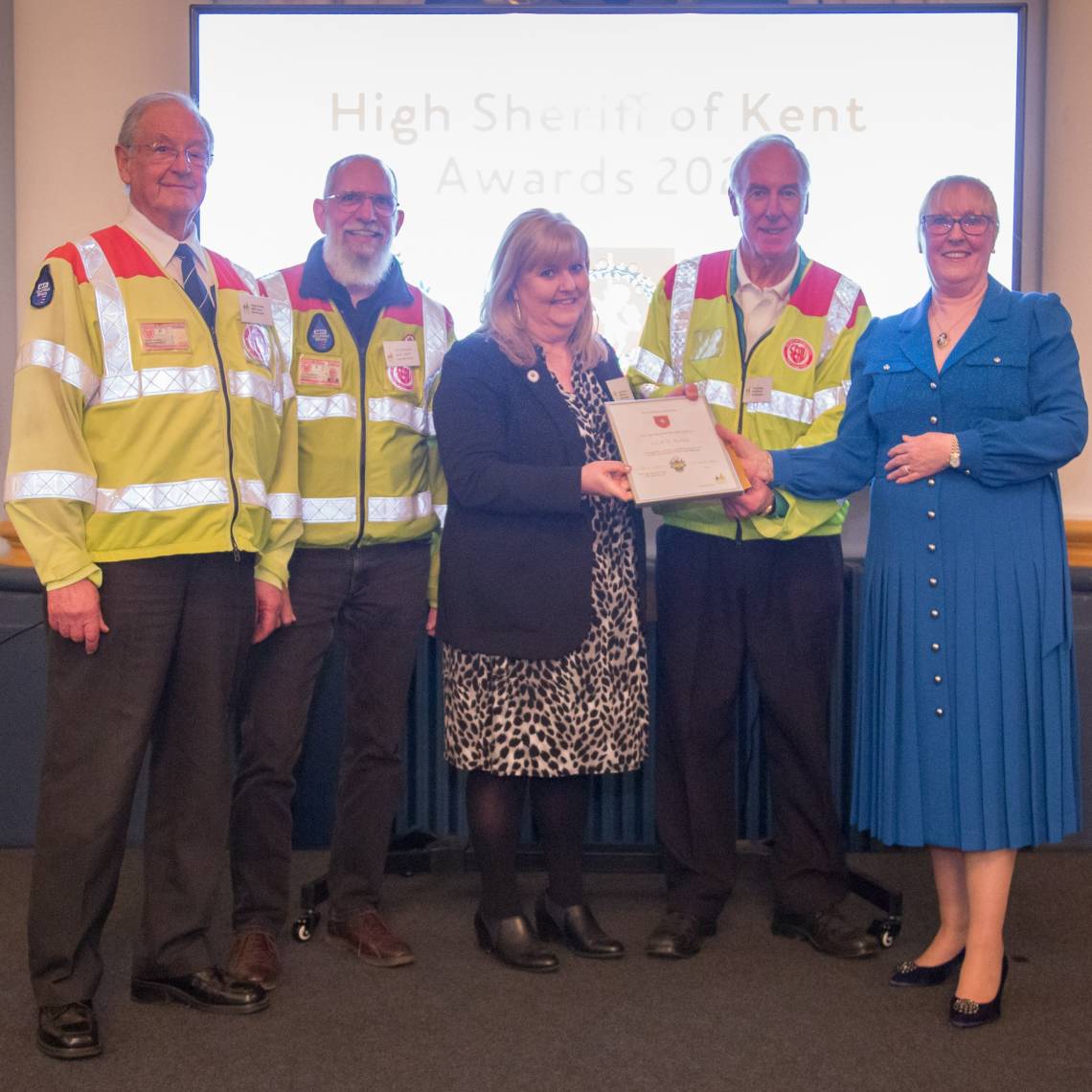 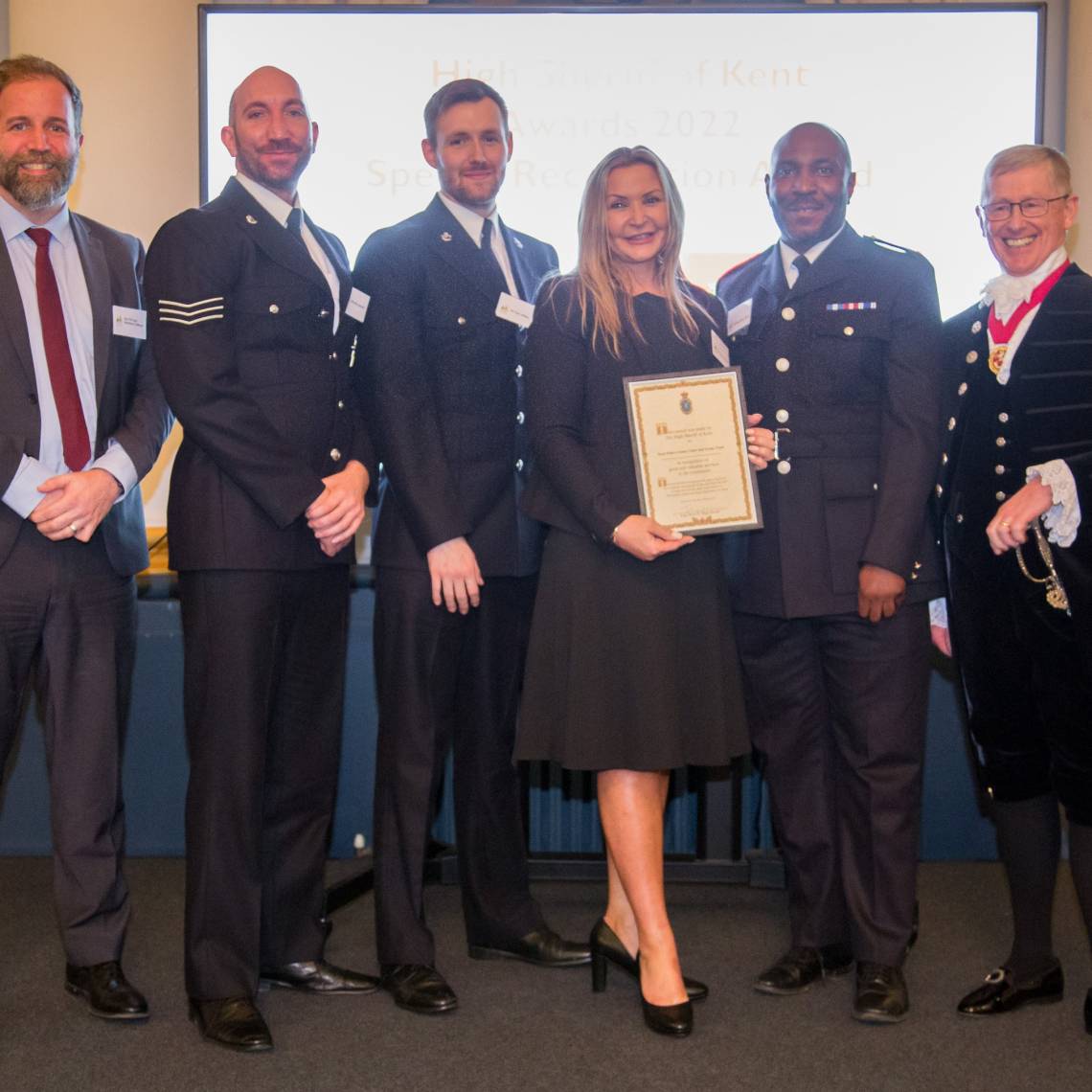 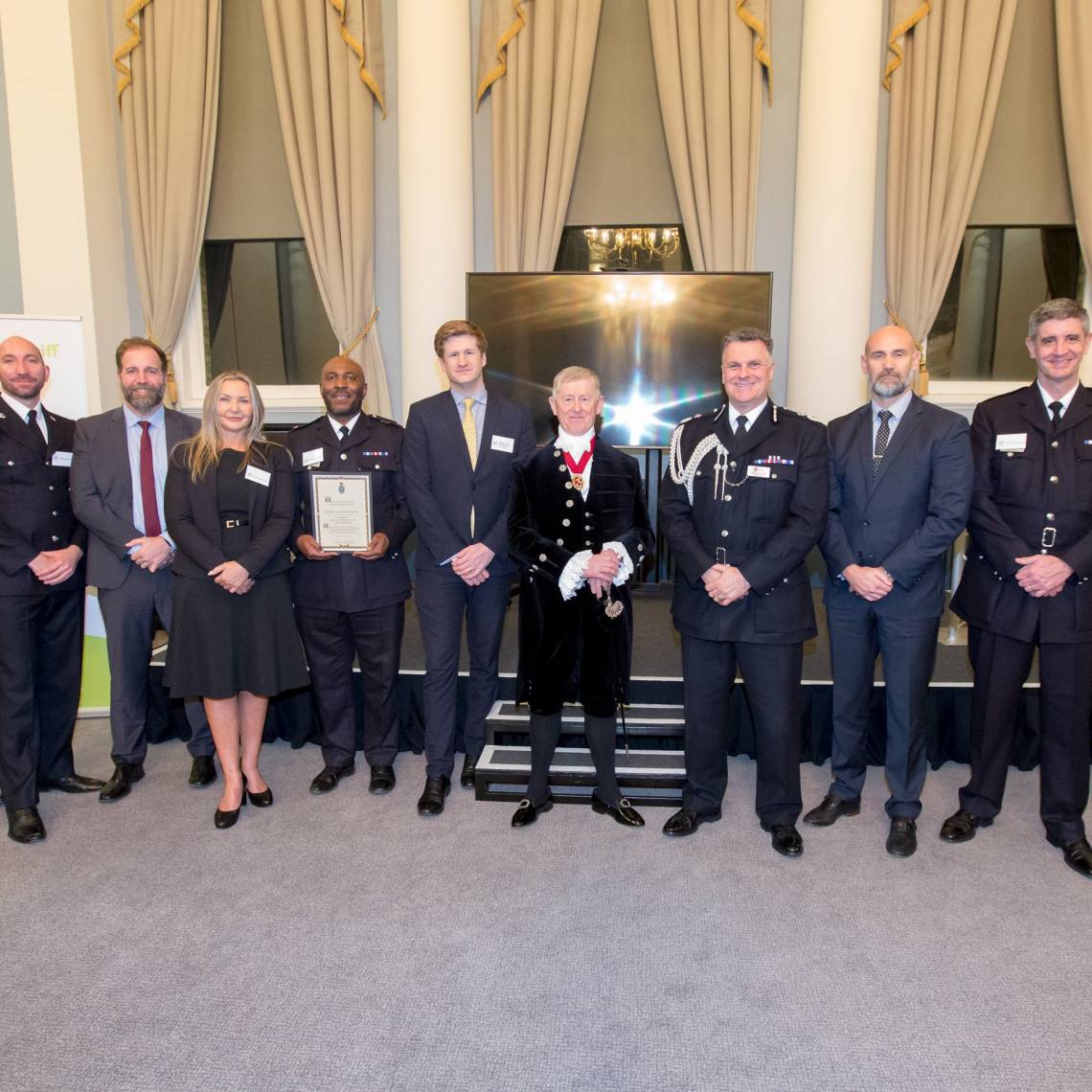